Gateway's Sharon Olken Appointed to California Board of Education 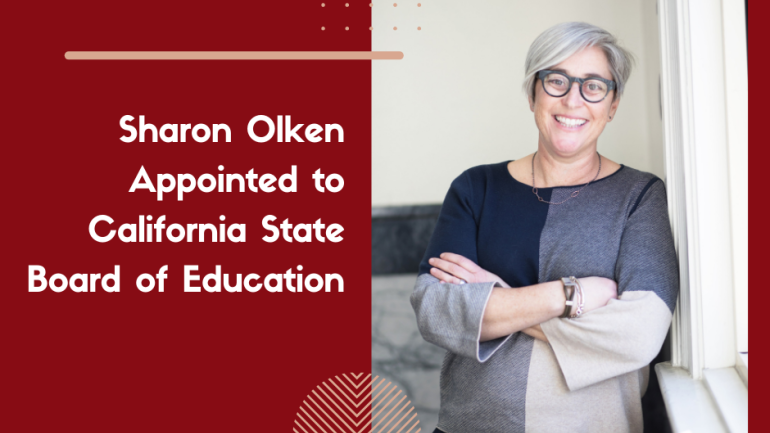 Governor Gavin Newsom announced yesterday that Gateway Public Schools Executive Director Sharon Olken has been appointed to the California State Board of Education (SBE), where she will help shape education policy statewide and advocate for California’s more than six million K-12 students.

"The opportunity to serve on the California State Board of Education is as humbling as it is exciting,” said Sharon. “I am inspired each and every day by what students and staff are accomplishing at Gateway, and I'm looking forward to working with my fellow board members to ensure every public school student in our state realizes their potential and passion."

The SBE’s responsibilities include adopting and overseeing the implementation of statewide curriculum frameworks, academic standards, textbooks and instructional materials, and standardized assessments, among many others. For more information about what the SBE does, visit the California Department of Education website.

Sharon has been appointed to a four-year term on the board. While she has previously announced her intent to step down as Gateway's Executive Director at the end of the 2022-2023 school year, her appointment to the SBE is unrelated. As a part-time, largely volunteer commitment, board service will not affect her plans or timeline as she continues in her Executive Director role at Gateway until June 2023.

A longtime fixture in San Francisco education, Sharon brings more than two decades of experience to her new seat on the board. As one among the earliest cohort of educators after Gateway’s founding in 1999, she has served as a classroom teacher, Dean of Faculty, and High School Principal before transitioning to her Executive Director role in 2011. She has taught classes in “Educating for Equity and Democracy” through Stanford’s Teacher Education Program and received her Master of Education degree from the Stanford Graduate School of Education.