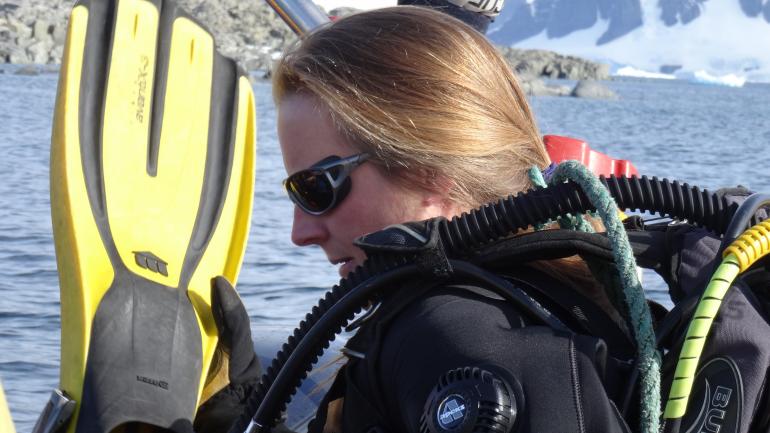 When it first became apparent that Gateway students and staff would be unable to return to campus for an extended period of time, 9th grade Environmental Science Teacher Alix Spivack’s first thought was similar to that of science teachers around the world: “Oh no, we’re losing our labs!” For a teacher tasked with investing students in the wonder and adventure of science, losing the ability to guide students through experiments is a bummer.

Before she came to GHS, however, Alix worked for 20 years first as a scientist determining the best way to clean up hazardous waste sites, then leading a science education-focused non-profit. These experiences put her in contact with scientists around the world across a variety of disciplines – and with the onset of shelter-in-place directives, it was the perfect opportunity to invite them to visit her new, virtual classroom.

“I had been keen to make career exposure a part of our ES9 classroom, but with the advent of distance learning it went from something I had hoped to do to something that would bring the excitement of science back to our class,” Alix said. “We now had this great opportunity to take a virtual journey to different ecosystems, guided by real scientists.”

And journey they did! Over several weeks, students had the opportunity to meet scientists like Dr. Gail Ashton, who studies climate change in Antarctica with the Smithsonian Institution, and Peter Boucher from the California Department of Fish and Wildlife, who discussed California’s apex predators (like mountain lions!). Gateway tenth grade science teachers Mary Plant-Thomas and Robert Little, as well as AP Environmental Science and Gardening teacher Justin Berthiaume, gave talks on some of their favorite scientific topics they don’t necessarily get to cover in-depth during the regular school year, such as sea otter behavior and mycology (the study of mushrooms). This allowed the ninth grade students to meet their future science teachers for the first time in a more relaxed setting, as well as ask them questions about their career paths.

“I most enjoyed hearing from people with cool jobs... I thought it was interesting to hear from a marine biologist who dives in Antarctica!” said ninth grader Maeve R.

The “ES9 Corner” speaker series enjoyed a healthy student turnout – no small feat for an optional activity when student engagement is already a challenge during distance learning – and was so popular that even students’ parents and siblings would sit in. Alix already has plans to resume the series in the fall, with tentative plans to host experts as local as field scientists from the Golden Gate Raptor Observatory and as distant as marine ecologists studying ocean acidification in Brazilian coral reefs.

“Zoom has given us this wonderful ability to truly go global as a class,” she said. “To have the opportunity to connect with field scientists, to hear about their paths through school, internships and careers, how they got their foot in the door, it shows students that one day, they could do that, too.”