Back on the Field: Competitive Sports Returns to GHS 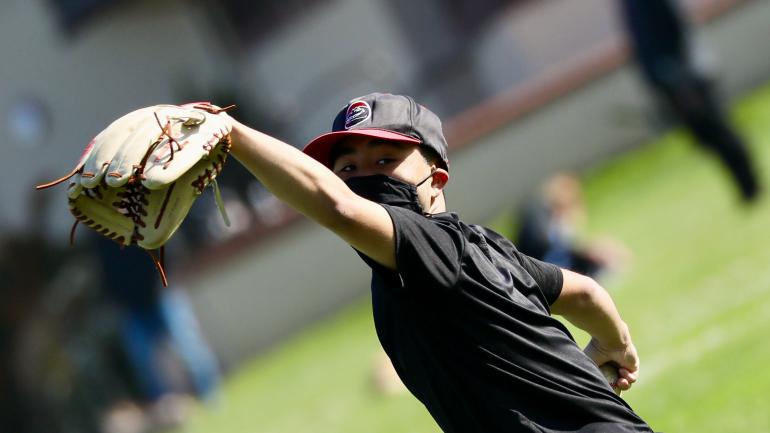 While classes may be held virtually for a little while longer, a big part of in-person campus life has returned to Gateway High School: competitive athletics has resumed once again after a long year on hiatus, with students eager to make the most out of the spring season.

“It’s taken a lot of behind the scenes work to make it happen, but it’s incredible to see kids back out there again,” said GHS Athletics Director Stephen Flynn. “Everyone is happy to be outdoors and put the tech down for a while.”

Re-instituting an athletics program with just a few short months left in the school year required close collaboration with other schools, creative thinking, and some tricky decisions. Modified schedules and seasons were developed to comply not only with which sports could be played safely, but also those with enough teams at other schools to actually play against. Currently, boys’ soccer and co-ed baseball are both mid-season, with practices and games taking place regularly, but over a shorter period of time.

“We wanted to make sure that athletes whose seasons were cut short last year had the first opportunity to get back out and play,” said Stephen. “Especially for students who are seniors this year, it was important for us to offer the opportunity to be on the team one more time.”

Strict safety procedures are followed at every practice and game to keep the athletes and coaches healthy: daily health screenings, equipment sanitizing, and keeping all the records necessary to perform contact tracing if need be. In addition, athletes are masked at all times and keep six feet apart whenever possible.

“It definitely took some time to get used to playing hard with the masks on,” said Ty Suzuki, a GHS senior and baseball player. “We were out of breath the whole time for the first few practices. You really do get used to it, though.”

Even the abbreviated season serves as a safety measure: the Gators will only face each opponent once, and there’s no championship on the line this year.

“We wanted to de-incentivize winning in a way, so that no player feels like they have to make a hard choice about letting their team down if they don’t feel well,” said Stephen. “For now, we want to keep things low-stakes, and focus on our love of the sport and the opportunity to be a team and a community again.”

For many student athletes, being able to play again after a long period stuck in doors is a welcome change of pace.

“I think it’s been a stressful year for all of us, and anyone who plays sports will tell you it’s a great way to cope,” said GHS Senior and soccer player Greydon Chu. “That’s what I’ve always loved about soccer games since I was in kindergarten -- seeing how happy everyone gets when someone scores a goal, hearing the cheers -- it’s like a stress-free environment.”

Assuming state and local public health directives continue to improve, GHS expects to resume a normal athletics schedule in the fall, with girls’ varsity and JV volleyball, as well as boys’ varsity soccer, kicking off in early August. Parents interested in helping their students get involved with GHS sports either this spring or next year are encouraged to reach out to Athletics Director Stephen Flynn.