Meet the Winners of Gateway's Got Talent! 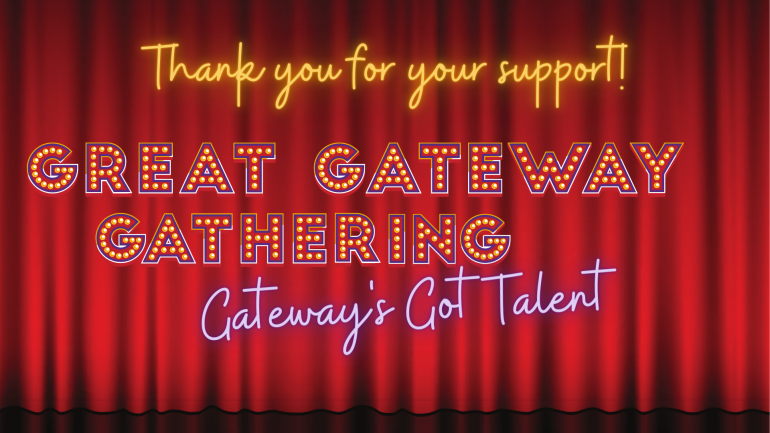 The Gateway community once again made history on Saturday, March 13 by taking the Great Gateway Gathering virtual with our Gateway’s Got Talent broadcast! While March is normally the season for the Great Gateway Gathering as a fundraising cocktail party for Gateway’s adults, this is the second year the event has gone virtual for the sake of health and safety. But with much more time to plan a virtual event this year, the show could be even bigger, better, and include more of the Gateway community: a live talent show featuring students, staff, family, and pets, with winners decided by viewer votes and announced on air! More than 300 viewers tuned in and raised more than $50,000 for Gateway students and teachers in an incredible show of support.

Dozens of videos were submitted by our talented community and the voting was fierce, but in the end only a few could be named the winners. Meet our champions and hear what they had to say about honing their talents and their rise to Gateway stardom. 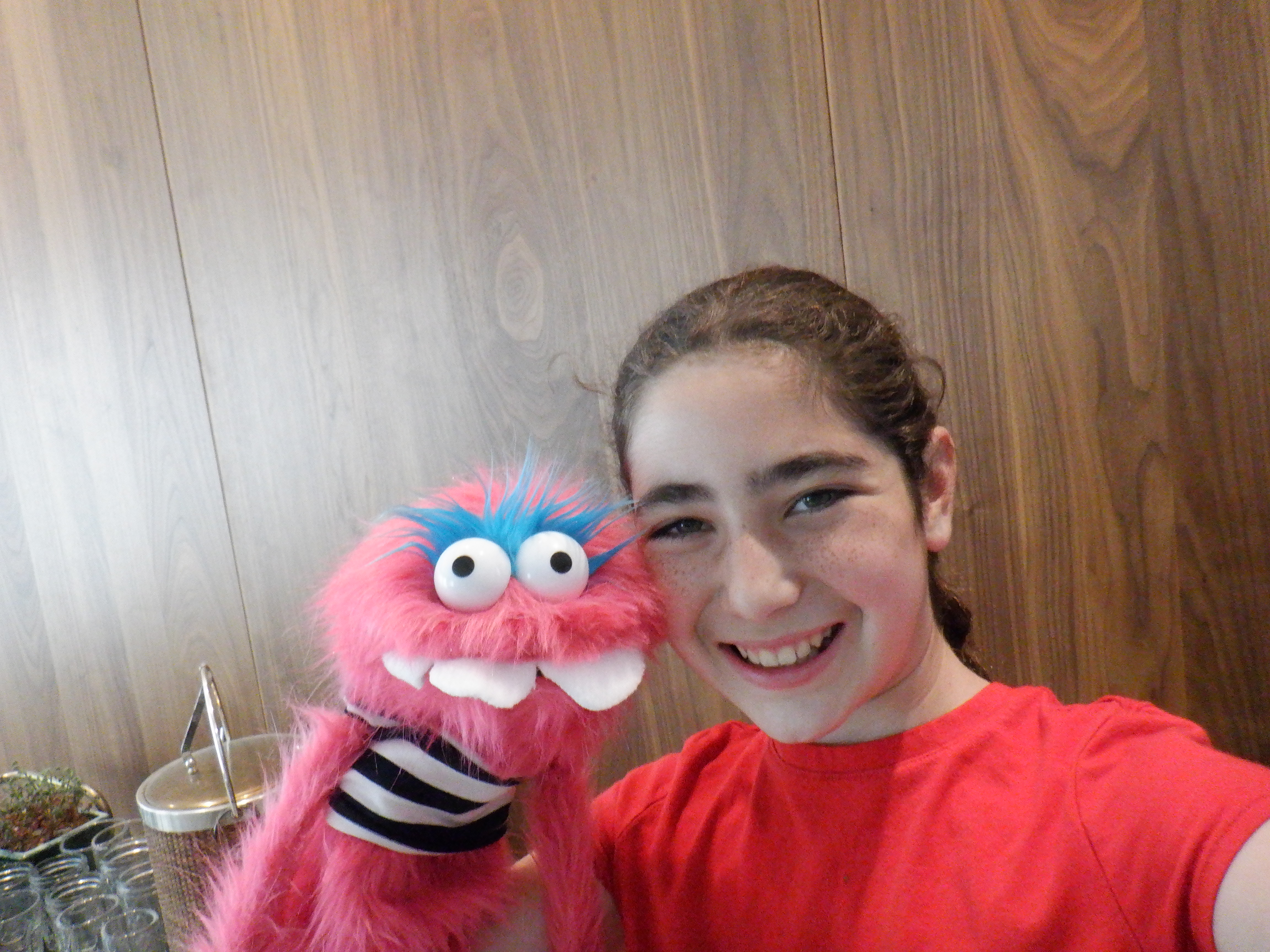 Top Individual Performance:  “Rise Up” by Ceci and “Frida”

GMS 6th grader Ceci charmed the audience with her act that had a little bit of everything -- music, comedy, and most importantly ventriloquism!

How did you become interested in ventriloquism and puppetry?
I saw a video of a girl on “America’s Got Talent” doing her act and thought “Oh, that seems really cool” and I love to sing so I wanted to try it for myself. I took some old socks and made puppets to practice at first, then I saved up my allowance to buy a real puppet on Etsy. It’s not a very common hobby and it takes a lot of practice, but I’ve really enjoyed getting better at it while we had to be at home so much. It’s fun to play with a different personality, and because I can say stuff without it seeming like it's me -- Frida loves to get in fights with my sister!

What inspired your act?
At first I just wanted to sing the song “Rise Up” with Frida, just because it’s a great song and I’d been singing it a lot around the house. Then my mom suggested it would be more believable if we had some funny conversation for a bit, or interrupted each other. I wanted Frida to be funny, but also sometimes loud and annoying in a fun way. I didn’t want her to just be polite because it wouldn't be as interesting to watch.

What would be your advice for someone interested in ventriloquism?
Make sure you practice a lot before you even get a puppet, because puppets are actually pretty expensive! It’s not worth it if you don’t really like doing it. And practice in the mirror a lot so you can see what your face looks like, and correct yourself before you try it in front of people. 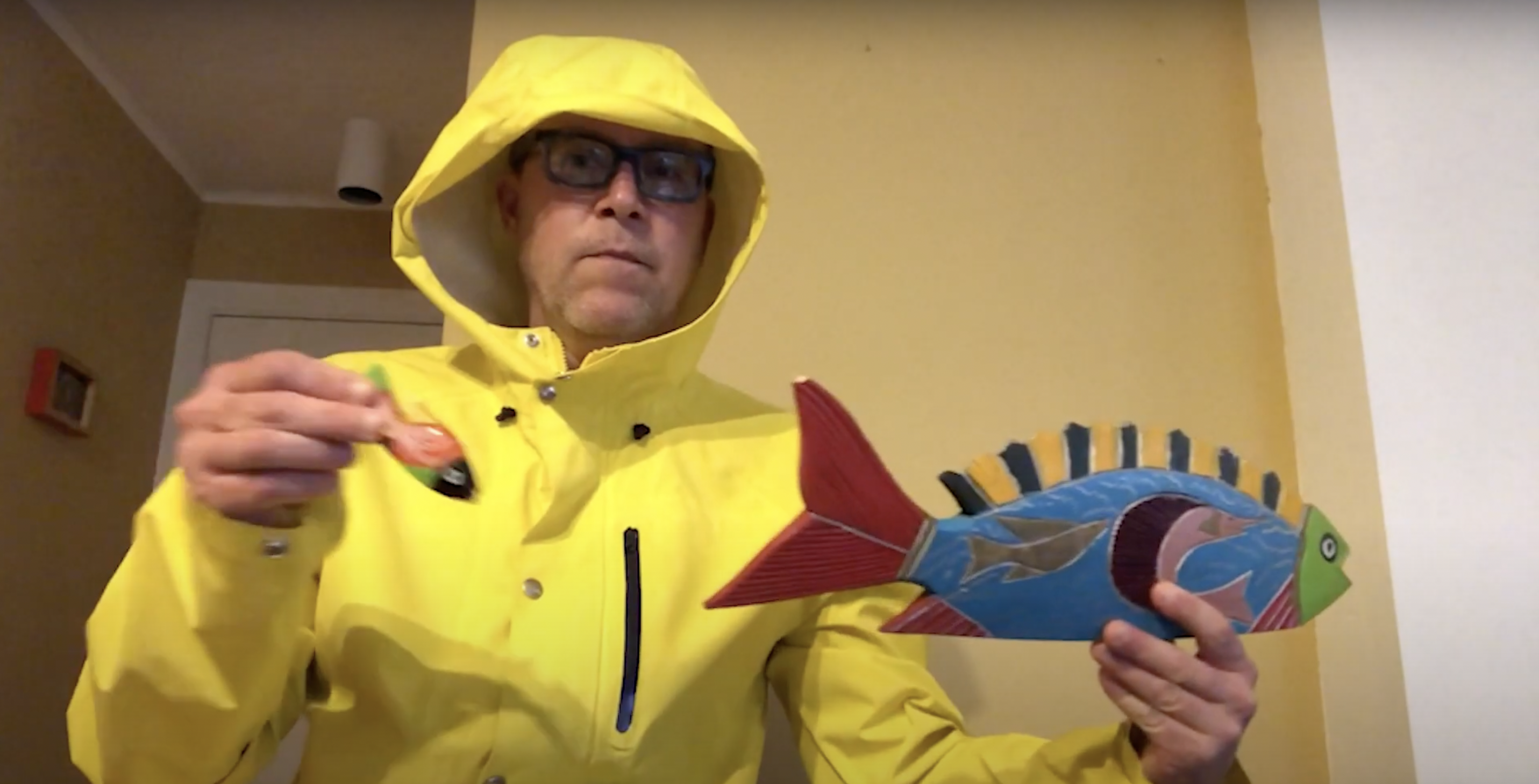 Talk about talent! This Gateway staff supergroup put together a pitch-perfect cover of The Beatles’ Yellow Submarine, framed by a funny story about what happens after one Zoom meeting too many.

What were your backgrounds with music or videos before making this entry?
Chad: I was forced to learn piano as a kid, but in our school band I decided to play the drums instead. Because I knew both of those instruments, it was actually easy to get into the marimba. I got myself a new keyboard at the beginning of lockdown just as something to do, and I’m glad I did!

Danielle: I played the flute ever since I was a kid, and I actually was a flute performance major my first year of college. I hadn’t really played since those days, but I found a teacher at the beginning of COVID-19 and started playing again. Music’s been really important for my whole family during this time, we’ve been branching out with what we listen to, trying to find new favorites.

Julie: I first started learning to play the marimba in second grade when I saw my teacher perform and was immediately hooked. I continued to perform in music groups and solo throughout high school. I enjoyed playing again after a 30 year pause.

Mark: I’ve been a professional editor for the last 30 years and I really enjoy telling clear and compelling stories. Usually I don’t have much control over how something is shot, so this project was especially fun because I was able to be a part of it from the beginning all the way to completion.

What was the inspiration for this project and how did it come together?
Mark: Like everything these days, the video was heavily influenced by COVID-19. Even down to how it was made - all of the players were isolated, they couldn’t even practice together! So everyone had to record themselves and shoot video of themselves separately. While the group was working out the arrangement of the song, I pitched them on a story idea I had involving a Zoom call. We later added Sharon Olken as the host of the Zoom call and she took it to a new hilarious level!

Danielle: The hardest part was making sure we were all on the same tempo when we played music. Chad laid down a guide track so we would know how fast to play, and we listened on headphones while recording the music. The actual video was shot separately.

Mark: In my opinion, the video struck a nerve because it is uncynical, sweet and hopeful - we’ve all been stuck on our little yellow submarines for way too long and we can’t wait to see each other again! That was the message.

Any plans to get the band back together?
Chad: Only if the people demand an encore! 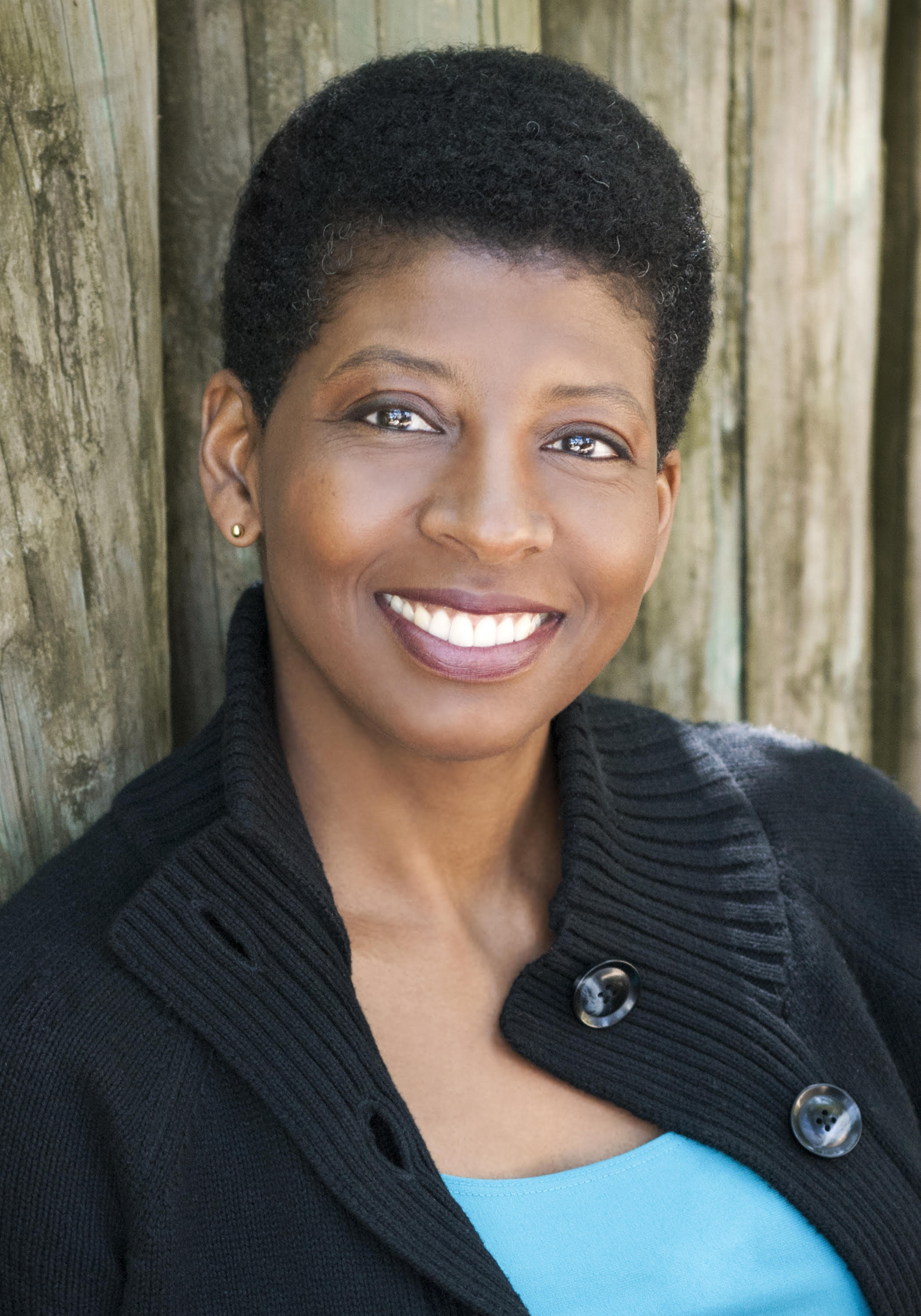 GHS Drama Teacher Ms. Brown channeled in the incredible Tina Turner for this spirited performance of a classic!

What inspired you to pay homage to Tina Turner with your lip sync?
I love Tina Turner and Proud Mary! I wanted to do something upbeat, exciting and fun, and she’s over the top, so I could be over the top. I already had the wig and thought it would be a good choice, one that most people would recognize.

You really nailed the impression! Did you study up before recording? I did study -- I went to look at some of the most famous videos of her to find patterns. She's known for her choreography, which is not balletic, it’s really different. She throws in some kung fu kicks where she really throws herself into the moves, so I tried to do a simplified version of that for my video.

This video was just for fun, but performing arts is serious business for you, of course. Why do you think it’s important that we continue to emphasize the arts, even in a year like this?
There have definitely been times this year where I think all of us, students included, have felt like Lady Macbeth when we wake up some days, where you see the news and think “what fresh hell is this?” And when we think about events like an actor is trained to, we come to understand that the people on TV, even the ones doing terrible things are still human, still have a backstory, that they want something and this is what they’re willing to do to get it. Understanding that is not the same as agreeing, and it’s not frivolous -- I think that’s really important to a civilized, caring, empathetic society, and that’s what I try to share with my students. 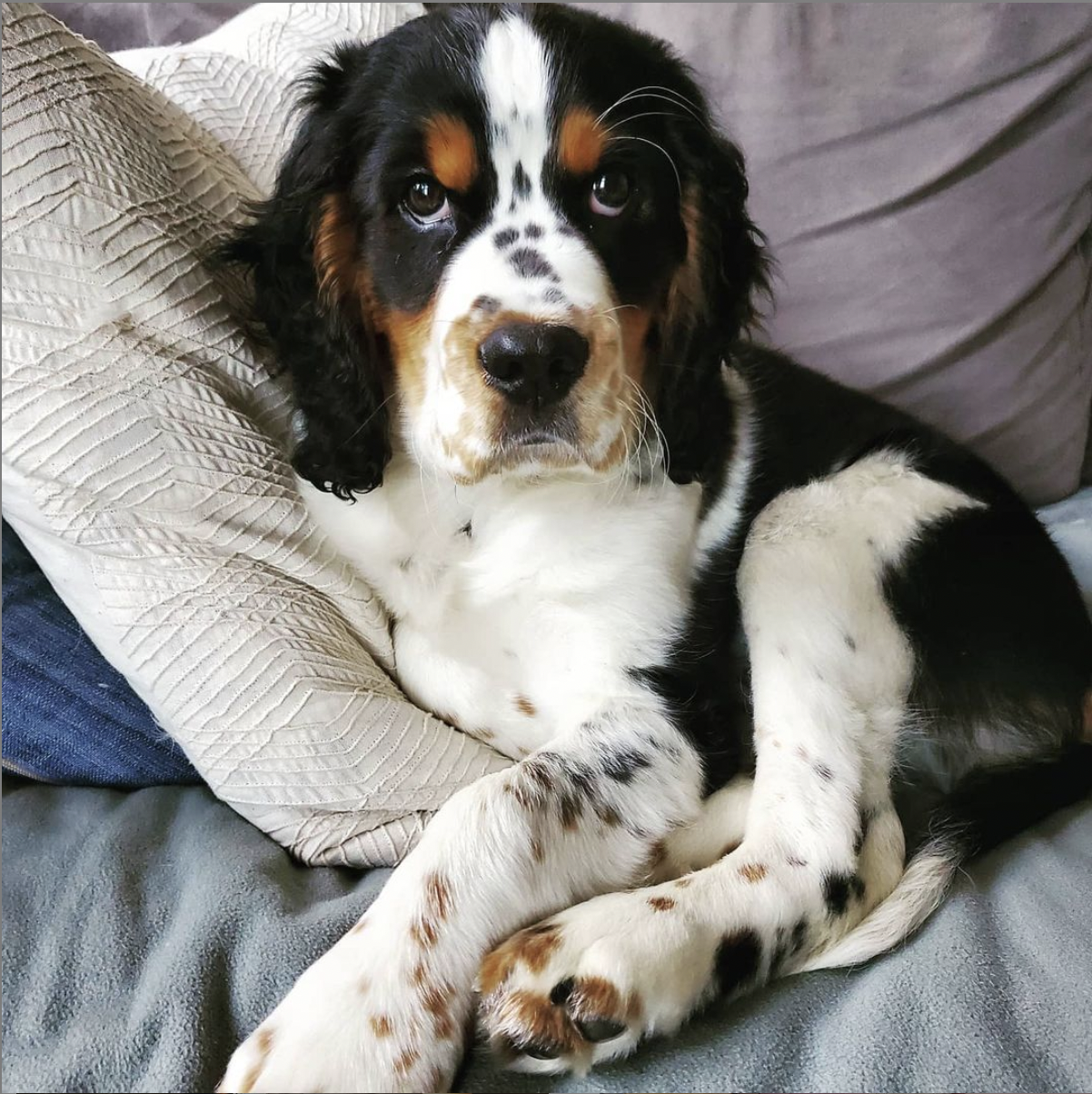 Top Pet Video: Gateway Has Gone to the Dogs by Loki

Loki, a three and a half month old (now six months) English Springer Spaniel stole hearts with his video documenting his trip to the GHS campus! With the help of his owner, Gateway’s Senior Development Manager Marianne Fives, we were able to catch up with Gateway’s newest celebrity pup!

Likes: ALL the treats (especially jerky), my best friend Lily (a Portuguese Water Dog), digging holes on the beach.

Dislikes: Being told no, drop it, and leave it.

What inspired your video? I'm a super fast runner and a big empty school was the perfect place for me to practice my top speeds. Mom thought we were practicing 'stay' and 'come' but I just wanted to run! I chose the music because mom always tells me that I'm not just a 'good dog', I'm the 'best dog' and she sings the song “Best Around” to me while we dance in the living room.

Any message you’d like to share with your fans at Gateway? Even though it's been a blast being able to run around the empty halls, I can't wait until everyone is back in person because students always leave tasty bits of food around that I would be happy to clean up after. I'm a really good vacuum cleaner.